Even if you know me for a week, you know how obsessed I am about Harry Potter Book Series, Jane Austen Books, and Mani Ratnam Movies – Yes, I breathe these three like oxygen. Most of my jokes will have references from one of these three. There are a plenty of articles on the web about how strong Mani Ratnam movie female leads are – from Divya to Sakthi, from Meera to Tara, most of the leads were adored, but when someone asked me who my favorite Mani Ratnam female character was, none of these women made it to my top 3. Despite being able to relate to Meera, Tara, and Jiji – I couldn’t call them my favorite. That’s when I wondered why not write about 10 women from Mani Ratnam movies who deserved more spotlight – yes, most of these women were not raved about as much as the rest – let’s not dwell on the why. Instead, let’s just cherish these 10 Mani Ratnam Characters.

I hate social media for two reasons. Firstly, I just get carried on with it and procrastinate a lot. And the next, most movies are bashed in social media right on the day of release. Some of the great movies have been thrashed, and some of the really plain movies have been given unnecessary spotlight. Anyway, Kaatru Veliyidai was one movie that opened to mixed reviews – predominantly negative ones. Unlike Alaipayuthey or O.K. Kanmani, where people were all praises for Sakthi and Tara, here Leela took a backseat and Aditi was called pretty. Yes, Aditi is pretty, but Leela is more than that – let me tell you why.

Probably, this is the only lead lady I have picked in this list – Why? Well, contrary to the popular opinion, Leela was not just pretty and dumb, she was human – yes, she was flawed, just like you and me, and that just made her more human than any other fictional characters ever created. When I watched this movie, I saw myself on screen – not the beautiful version of myself, but the ugly version of me – yes, Leela was the ugly version of every modern woman out here. We are strong, sensible, educated, independent, and feminists, but when it comes to the guy we love, we go weak. Leela was the same. She reminds you of the times you let the guy abuse you emotionally. I remembered the times when I wanted to scream “I hate you,” but ended up softly whispering “I love you” because I didn’t want someone to leave from my life. Most of us were Leela at some point – we went back to our loved ones even before they could finish saying sorry. And when she walks out, well, we all have done that – only to accept the person back in again. Most of us would have done it, so why crib when the ugly side of relationship is shown in the movie?

This movie by itself is a sheer masterpiece. We hardly get to see heist thrillers in Tamil Cinema. When I first watched this movie, I was probably 4 years, and I didn’t understand a single word – all I did was dance along for Chandralekhaaaaa…. LOL! My mom still reminds me of my fondness for that song. However, once I was in college, I re-watched (actually watched) all the Mani Ratnam movies. This was my instant favorite and so was Rasathi. Rasathi is simple, yet there was something alluring about her. She wasn’t exactly naïve. My sister says, she is the girl every guy wants – the perfect blend of innocence and sensuality. Yes, Rasathi was not the modern bold woman – she was actually suicidal. However, mind you she didn’t play the damsel in distress card. She quickly recovered from the suicidal thoughts, fell in love, spoke her mind, and even became the #GirlBoss towards the end.

There is a scene that I adore a lot in this movie. It’s the conversation between Chandralekha and Rasathi near the water bed. It starts around 1 hour 40 min in the actual movie (I don’t have a video clip). The dialogue just perfectly shows the striking difference between the two women. And it also shows how each woman wants to be like the other. And, how can I not mention her lovely attire and the pretty silver jewellery – it’s so in trend again now.

The moment someone says Thalapathi – a hundred things come to my mind – from Yamunai Aatrile to handsome Aravind Swamy – from Raakkamma song to “Yen na nee en Nanben.” One thing that is probably not talked about much was Banupriya’s role. Again, she was one of the characters that we can see in real life. Her life is not beautiful. She was married to a henchman, who molested another woman. Despite the fact that he is now dead, she was in a situation where she could neither afford nor earn a respectful and peaceful living. Her role shows us what’s wrong with the society. Young widow, single mother, and living in a slum – she is so vulnerable, yet she is strong. She strongly reminds me of my mother these days. 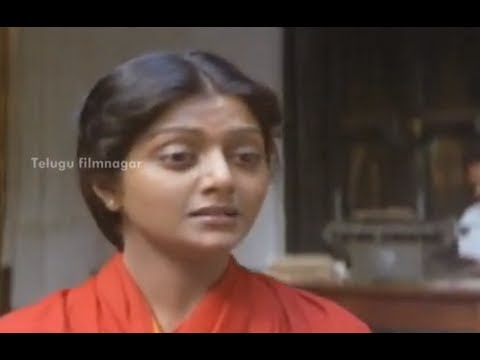 Even after she is married to Surya, life isn’t all smooth for her. It’s another nightmare for he is a henchman too. He loved another woman, and he is more reckless than Ramana, her dead husband. While Shobana obviously stole the show with her beautiful portrayal of Subbulakshmi, I feel Banupriya too deserves equal appreciation for playing such a poignant role.

For someone who is not very fond of kids’ movies (read: me), this movie came across as a surprise. I loved Anjali, both the movie and the baby in it. I used to annoy my sister by behaving like Anjali. Well, Baby Shamili stole the show with her impeccable acting skills. However, it was Chitra who made me feel moved. Revathi needs no introduction – her acting prowess just makes us go weak on our knees. When people say Divya from Mouna Raagam was her career best, I would disagree – I would probably have a handful of other films where I adored her acting. When it comes to Mani Ratnam movies, while I love Divya, Chitra is the one that just stands strong in my heart. Chitra is a mother, who wept for her stillborn child, and when she finally moves on and lives peacefully, there is a twist. While her child does come back into her life, it comes with a bummer. No one other than Revathi could have done justice to this role.

How hard it is to find a child only to lose it again? How cruel it is when you see your child hating you? How painful it is when you see your child suffer but can do nothing about it? I cannot write the pain in words. I don’t think even Mani Ratnam could have written the right words to express it, and that’s where Revathi’s eyes started to speak along with Ilaiyaraaja’s bgm.

Oh, she is my favorite! Yes, while Indira is the bold and sensible woman with amazing love and knowledge in literature, M.D. Shyama is just sheer poignant. While Simran and Keerthana were ruling the show with their acting skills, Nandita Das silently captures our hearts. Did you felt bad when Amudha mistreated Indira? Well, I felt bad and angry too.

However, as a girl with two mother (biological and adopted), I know how hard it is for you to deal with it. As Amudha’s birth mother, M.D. Shyama would have obviously had 1000s of emotions, but she hides them – not only when she leaves her daughter but also when her daughter comes back – why?

I have seen my biological mother being strict towards me, not kissing me, and not pampering me – As a kid, I thought she never liked me. However, as I grew up, I understood that it pains more for a mom to forgo a child than for a child to live without his/her mom. In this case, leaving her child not once but twice might look patriotic to some and outright stupid to others. However, what she did was sheer selflessness. One might think that she had put her country first – no, she had put her child’s future first. If she stayed with the child, her thoughts would be about the war field, and with that mind set, she could have been a bad mother. However, with her child’s future secured in the orphanage for the first time and with Indira for the second time, she confidently and selflessly sacrificed her daughter for the goodness of everybody. I wouldn’t have done such a noble deed – and probably, that’s why she is one of the strongly written female characters.

Ah, just these five characters came to 1500 words. I will continue the rest in my next blog. Subscribe and watch out this space.