We, the team Potliwale Baba, are writing a fictional story as a part of #CelebrateBlogging – Game of Blogs.

Read the previous and next posts here: 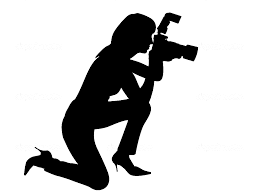 “Tara,” Jennifer yelled trying hard to keep catch her breath. The tall Tara turned hastily toward the direction of the voice. *Twoosh* “What the faa…k,” Tara almost shouted as the right heel of her catwalk pumps broke. Trying to balance, she turned to Jennifer and said, “Mrs. Dutta.” “Pardon,” Jennifer smiled. “Address me as Mrs. Dutta,” without waiting for the response of the other lady, she continued, “What is it now?” “I was wondering…,” Jennifer paused. “I don’t have all day, Ms. Joseph,” said Tara in a cold tone. “You were quite tensed, I thought, I should ask what happened,” Jennifer added quickly.

“Madrasis… Don’t you have any other work than poking nose in other’s businesses?” Tara murmured. Jennifer heard the word Madrasis alone, and she wanted to rebuke that all South Indians are not Madrasis, and in fact she had never been to Madras or even Tamilnadu for that case. However, she controlled her urge to rebuke, and instead said, “Do you want a lift?” She somehow needs to be with Tara. Tara, the only hope to get a career in this competitive Mumbai, thought Jennifer. “It’s okay, I can walk back. It is nearby,” Tara said a little feebly and walked a step or two before slipping down. Jennifer held Tara by her Hidesign bag. The “bold” Tara broke into tears, “my daughter…she is hurt…,” she continued, “It was too much of an obnoxious day. I don’t know why I still trust…,” she immediately controlled herself. “Let me drop you. Wait, till I get my vehicle,” said Jennifer and made Tara sit on the bench outside the Cafe.

Vrooooooooom… Jennifer came vrooming in a bright red colored hired Avenger. Tara glanced at the tattooed female who looked so different from the meek and pleading Jennifer she met a couple of minutes ago. Without wasting another minute, she climbed on the pilion. Within seconds, with Tara’s quick instructions of directions, they both were in front of Tara’s apartment. As Jennifer walked with Tara, she thought, “The current story, she is working on, seems like a breakthrough to her career, as well as mine. With right amount of tricks, I should become her official photographer for this project.” Her thoughts were broken by the doorbell which Tara had buzzed.

The door opened and there he was, the love of her life with the injured kid in his hands. Tears gushed down her eyes and her perfectly kohled eyes started to look more beautiful with dollops of tears that were struggling between her eyelids. Between those tears and kohl was her brown eyes, that reminded him of the tigress she is or she was, especially in the bed. “Cyrus”, “Jenny”, it was more of an overlap of whispers, but no one apart from the two, who spoke, had heard it, not even Roohi, who was already in Tara’s arms.

“How many times, Roohi? How many times?” Tara shouted. Her voice was almost like a thunderstorm, which was powerful enough to break the eye contact between Cyrus and Jennifer. Before Jennifer could utter another word, Tara was almost hugging Cyrus. It was supposed to be an awkward hug, but it looked picture perfect to Jennifer’s eyes. The tall Cyrus and almost equally tall Tara, looked divine, like some Greek God and Goddess. Jennifer looked at her long messy hair, and her sweaty skin. She quickly scanned the house, just to avoid Tara sweet talking to Cyrus, her Cyrus. “Bitch,” she muttered. “Pardon,” said Shekhar, who was wondering who this hippie girl was.

“Beach, I said,” said Jennifer looking at the picture of Tara and Shekhar in a beach. “Hmmm, honeymoon, in Kerala,” he said with no excitement or enthusiasm or whatsoever. The only thing that made him look okay was his smiling face, apart from that there was nothing much that was worth mentioning about this balding, bespectacled man, she thought. After initial customaries, she moved from him and sat on a place where she can see Tara and Cyrus’ animated conversation.

In a few minutes, Tara had taken Roohi inside her bedroom. Shekhar asked Cyrus and Jennifer to sit down, and he excused himself to use the loo. “With Roohi in my lap, most of the nights, I hold it for too long,” he said as rushed inside. On the diwan, in the living room, facing garden, Cyrus and Jennifer sat. There was an awkward silence between them. Isn’t it weird, when two people who thought each other as their lives are now trying to find words to make conversation. “Aren’t you supposed to be in Kerala?” he asked, without looking into her eyes. “And you are supposed to be in Delhi, aren’t you?” she replied back with a question. “Entangled lives,” he muttered. “I had to be here for someone,” he said. “Oh” she gasped.

Jennifer first met Cyrus when she had gone to a photography workshop in Delhi. He was curiously eyeing her. With his Xperia Z, he was trying to take the snaps of the snapper. That’s how it all started, a year ago. For the past one year, neither their religion, nor the long distance between their places affected their romance. Whenever possible, they visited each other, either in Kerala, Delhi, Bangalore, or Goa. He joined with her in her forest expeditions whenever he was free, but it was all a matter of past now.

“So, a new girl friend?” she asked plainly, trying to not sound possessive. Although, Cyrus wasn’t her first boyfriend, he was the one she loved truly, madly, and deeply. “Yes,” he lied. “Oh, who?” There wasn’t a reply from his side. A jealous woman’s mind is worse than a devil’s workshop. Knowing about Cyrus’ fetish for older woman, she herself being one year elder to Cyrus, she asked, “Tara, is it?” “Yes,” he lied again. Somehow he wanted to move away from her presence, “Jenni, why are you here? Why don’t you go away?” he thought. “I don’t want you to be in danger because of me. A hunter should have no life, for he can be hunted down anytime,” he thought. “Excuse me,” she stood up and went inside. Her hatred for Tara was manifold now. If insulting her photographs wasn’t bad enough, now she stole her boyfriend. So this was the reason for Cyrus to be here, to be away from her, she wondered.

Cyrus was calculating his moves and counter attacks that ought to be done when he gets a chance with his “father”. Realizing that it has been almost couple of minutes that he had been left alone, he left inside too, calling, “Mr. Dutta, Mrs. Dutta, Roohi…” It was almost evening, and Mumbai’s weather thought to play for sometime with its citizens by giving a downpour. The well-lit rooms were suddenly dark, due to the power-cut and weather.

“Papaaaaaaaaaaaa,” Roohi’s voice echoed all over the house. The emergency lights were switched on by Shekar who was till now fumbling with the emergency lamps. They all turned in direction of Roohi’s voice and saw Roohi’s feet covered with blood. “Are you hurt, beta?” asked Shekhar who was standing near the switchboard. “How did you get hurt?” was the voice of Cyrus, who stood near the entrance to the living room. In spite of the emergency lamps, it was somewhat dark. Heavy breathing was heard, and all three turned in that direction to see Jennifer, who was holding her toes. “I hit on the table, accidentally,” she said, and she was the one closest to Roohi. All three of them came near to Roohi to attend to her bleeding feet. “Mummaaa,” she uttered and ran back to one of the rooms. They followed her. In front of her was pool of red fluid surrounding the tall lady who was laid there with blood oozing. Jennifer saw that the blood was almost matching the red broken pumps that were on her legs. As if acting out of possession, Cyrus took Roohi away from there. Shekhar and Jennifer looked on.

~to be continued here

“Me and my team are participating in ‘Game Of Blogs’ at BlogAdda.com. #CelebrateBlogging with us.”

Did you think we are forming a nail-biting thriller? Share our blogs through FB or Twitter with #CelebrateBlogging #TeamPotliwaleBaba tags 🙂