This Freestyle Friday I am presenting you a short story which is a piece of fiction written by me. Recently, I received my graduation day invitation and apparently I came up with this imagination. This is not my story but indeed this can be anyone’s story since it is a fiction with lots of real time thoughts embedded in it.

Shristy was standing in her balcony with a mug full of steaming coffee. She woke up quite early that day and she was relieved that she needn’t rush to her office like other days where she generally had gotten up late. As she was sipping her coffee, her Xperia buzzed with a new e-mail notification. She opened the mail and held her breath for a moment in happiness. It was her graduation day invitation mail. She felt extremely happy for various reasons. She quickly dialed her best friend Sharmista’s number to confirm the same. Sharmista stays in Bangalore while Shristy stays in Chennai. They both had got placed in Accenture but both preferred different workplaces. Sharmista was still sleeping, she replied with a vague and sleepy “hello”. Shristy informed her about the graduation day and Sharmista woke up with a jerk of happiness. She was overwhelmed not because of the degree but of the idea of meeting Shristy. After some ten minutes of happy talk, Shristy hanged up the call since she had to leave for work. 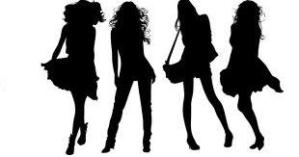 Shristy got ready in some 30 minutes and was waiting at the street corner for the bus. She got reminded of the times she had waited for the bus. She was the only day scholar in her gang during first year since she was a Chennaite and Anna University was just 45 minutes of travel from her house. She then shifted to hostel in the second year when her dad got transferred to Ahmedabad. He is a manager of IOB and he is prone to transfers. Since the time she shifted to hostel it was all memorable and happy days. Her thoughts were broken by the honking of her company bus. She boarded inside, plugged on her ear phones into her ear and played “ishq wala love” song. Her thoughts went back to college, to Sharmista, and to her gang.

It was happy days where they enjoyed every single moment. Those days were absolute fun; their biggest fear was “attendance shortage”, saddest thing was “continuous math classes”, worst nightmare was “flunking in semesters”. She compared it with recent times; the biggest fear is “break up with her boyfriend”, saddest thing is “not being with friends”, worst nightmare is “losing job”. She then realized what their HOD always said was truth; he used to say “Life is cruel and it gets more cruel”. It indeed was true, back then she thought college days were boring but now she realized college days were indeed the happy days.

She remembered how life was so simple and easy during college days; the endless gossips, late night magi cooking, weekend horror movies, sneaking in and out of hostel, etc, etc, and the list went on and on. She also realized how she herself has spoilt many blissful days of her hostel life by being in call with her boyfriend. All 4 of them; she, Sharmista, Samantha, and Archana were committed and they were so busy in texting and talking to boyfriends that they all have failed to notice these small things. Apparently now when they have got into their own lives and have ample amount of time to spend with her boyfriend, her heart yearns for her friends. She realized “heart yearns for what is tough to get”. She then made up a plan and made a conference call to the rest of them. She asked them to take a week’s off even if it meant a loss of pay and she quickly made a plan to Goa before the graduation day. She thought others might presume that she is mad, but none of them even opposed since all of them underwent the same nostalgic feeling that she had.

So within 2 hours GOA plan was finalized and similar to their college days each one of them took care of each chore. Shristy booked flights, Sharmista booked hotels, Samantha made the itinerary, and Archana helped her with details of the places, entertainment spots, etc.  While the time they all finished their day’s work and started back home, GOA was indeed on. All they have to do now is to work in their monotonous office for two more days then on Friday they will pack their bags and go on an “All girls’ trip to GOA”.

This time all of them promised to shut their prince charming or not so charming boyfriends, noisy bosses, caring parents, and attractive flings out of their life for a week and dedicate that one week fully for themselves. All this change over because of that one tiny little thing called Nostalgia.

If you are still in college then don’t miss even a minute chance to be with your best friends because you may never know where you people may end up in future. If you are way past that stage then it is high time to plan a trip together. If you think otherwise, then as usual get yourself a Cadbury Éclairs.